Yann Tomita was involved with Water Melon. One of the key figures in Japanese Exotica, he had some bands with very limited releases prior to the ones I list. The Doopees seem to be a conceptual pop group dealing with the subject of extreme cuteness. He also produced part of Martin Denny's final solo album Exotica 90 and an Havana Exotica album.

A bunch of new projects are being released in 2006 after years of seeming silence.

Before this album, besides Water Melon, Yann Tomita played in Tiny Exotica Boys and Rude Flower. Ron Kane and I suspect these bands may have only released albums privately

Space age exotica with steel drums and electronics. Subtitled World In Shadow Some nice stuff but a bit too long in many places. You have to really like steel drums to listen to it in one go. Yann Tomita says steel pans sound the most like outer space.

Vinyl Beat of Two Turntables with Cybernetics and Bio-Feedback

The Music of PARDON KIMURA

Yann Tomita is the producer for an album of Pardon Kimura's compositions. He works in a tropical style with experimental sound collage, music and narration quite in keeping with what Tomita is up to. suGar from Buffalo Daughter plays guitar on 2 tracks.

For some time I've been suspicious that Pardon Kimura might be Yann Tomita working under a different name but I've seen enough photos that he's someone else, and suGar mentioned him and not Yann Tomita when I talked with her years back right after this album came out.

no definitive Yann Tomita involvement on these -- 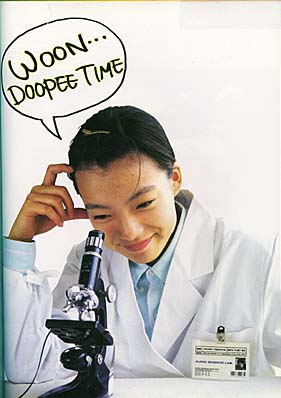 Copyright Notice! Compilation, design, and layout of this web page is copyright 1997 Nicholas D. Kent. All rights are reserved by its individual trademark/copyright holders. This web page is a product of fan appreciation and is not intended to infringe upon properties held by its rightful owners. Any part of this web site may be duplicated and distributed to other networks and BBSs UNMODIFIED, with all ownership and copyright information intact. No portion of this web page (including but not limited to documents, images, and sound clips) may be sold in any way and is expressly forbidden. (Thanks to Kyong Il Lee for writing these lines.)