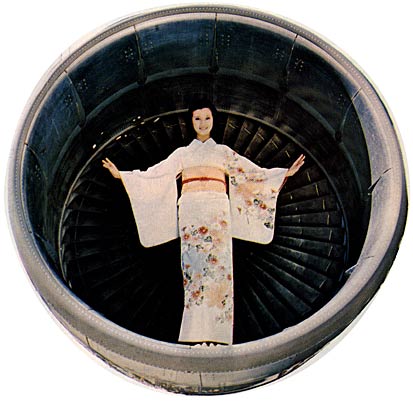 Check out my used Japanese CDs for sale @ TechnoPopShop.com

Check out the CDs I'm selling this week on Ebay

Onsite Feature:
Streaming audio of my interview with Puffy AmiYumi
(Yes, yes, I know they aren't really synth music…
but who'd turn down a Puffy rendezvous!)

These images from mid-1990s Sony techno/club mix album covers were all painted by the late great S. Komatsuzaki who was the king of plastic model kit box art in the 60s and 70s and had an illustration career that spanned from the 1940s through these album covers from the 90s.