(*) means I do not own this album
(@) are albums I've listened to but don't own a copy
(#) means out of print - perhaps others are, these I feel certainly are.

Hirotaka Hara gave me many details about the Japanese releases and translations. Quotations from him begin with HH:

I don't currently have access to all the catalog numbers, so I've only included the #s from my collection.

Some of the "Best of" info was compiled from Bill Spurlock's page, which doesn't seem to be operating any more. 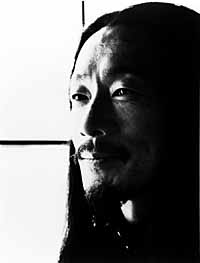 ...to a collections of Kitaro photos
which Domo Records shared with me.

Sound track from the Silk Road documentary series. One of my favorites.Wonderful. Solid melodies, great playing. This is the best in my opinion of the style that made him famous. The wonderful sitar piece, Lord of the Sand, is much more up-tempo than Kitaro usually is.

HH: Tonko is Tunhuang. Chinese call it Tunhaung. Japanese call it Tonko because Japanese and Chinese pronounce same Chinese characters differently. This is the name of a place in China. You can check it on the world historical map. This album is the third one of NHK (Japanese public television) documentary Silk Road series. Tunhuang is the famous historical place of Silk Road culture. I like it better than Silk Road 1 & 2 because I feel it has more solid concept in whole album. As a matter of fact , this album was made after Kitaro took a trip to Tunhuang . Seems to be out of print.

Soundtrack to an animated film. Pretty much like a Kitaro album, except many of the pieces are variations on the main themes. Quite nice. I've actually seen the movie. My jaw dropped when I saw this huge spaceship battle scene with all this beautiful romantic Kitaro music and everything smoking and exploding. I didn't know what to think of it. Was it a brilliant and ironic post-modern juxtaposition or an inept mismatch of ill-suited music. It was memorable. The character was created by the famous manga artist Renji Matsumoto. Seems to be out of print.

For some reason the Japanese record industry used to put out double record sets of the complete audio tracks from movies. The one from this one is Canyon C38G0135-6

A page on Queen Millennia can be found here (thanks Jane H. Warriner)

Also available on VIDEO which had slightly different pieces. I've never heard it.

Less numbingly similar to other albums as Toward the West. Still nothing memorable. Another "by the numbers" album. The title means Planetarium.

In TENKU, his first Geffen record - the baby you hear in the beginning of the record is his son, this was recorded in his home in Japan with the windows open and the earth's sounds drifting through. This is again about the cycle of life..."Unfolding a drama day by day, plants breath a rhythm, insects play their melody, light flies as wind cries, now catch the sound... feel the light. Originally, the working title was MILKY WAY. Of course there is repetition...did you ever sit and listen to the sounds he just spoke of when recording this album?

This "Best Of" was prepared by Kitaro and contains 2 new pieces and all other pieces are new arrangements. New arrangements- yes. Flow -okay. Interesting -not really.

Back to the older style, slightly less rigid in format. Nothing exceptional.

Kojiki - the translated meaning is really "the old story" as in the Japanese Shintu Bible.

The Oliver Stone film telling the life's story of a Vietnamese woman. Interesting to hear music for specific scenes rather than have a bunch of regular-style album tracks as with his earlier film scores. Includes an orchestra and acoustic Vietnamese instruments. Quite a different style. Closer to Dream than the next album.

Back to the earlier style, but clear effort to include more variety. Some new textures plus some of the nicer old trademarks to remind you this is a Kitaro album. Has a piece where Kitaro combines Indian and Native American music. An enjoyable listen. First album for Domo records.

I've not heard this one.

Here Kitaro does a sort of World music thing with many influences. Though the openning track has the overblown guitar sound not heard since the 80s, its a a decent listen. Sort of a summing up of many musical ideas he's been working with, but far from a definitive statement. A mix of electronics and live ethnic instruments with singing/chanting.

While I think the Soong Sisters soundtrack is a separate release in Japan, US pressings in 1999 included in with best of album include it as a bonus disc. It is crerdited to Kitaro and Randy Miller is most notable to me as being mostly orchestral with little up front synth use. While a pleasant score, I didn't find it memorable at all from a CD listening standpoint. It was released separately in the US in 2002

US copies before 2001 included the above soundtrack as a bonus.

While the cover with an old upright piano makes one think this might be some kind of piano solo or something, its actually done in his older synth and multi-instrument sound with some guest instrumental soloists. Its kind of enjoyable to hear a lot of sounds similar to his earliest abums. This album won a Grammy Award.

This one was released in 2000 in Japan and it was tied in to a TV documentary series it was the soundtrack to while the U.S. release is not billed as a soundtrack per se (although it uses the artwork from the series that as I understand it, Kitaro had a hand in producing. While its by no means bad music I was a bit dissapointed that seemingly the tracks are meant to evoke the great early civilazations - Egypt, the Indus Valley, Messopotamia and China -- maybe it was Kitaro's intention to make them all sound kind of similar, but if not, wind up sounding similar. To me the only slightly standout element is some wordless vocal contributions by Slava, who is a Russian-British opera trained male singer who has an, no disrespect, very eerie very high register voice. But even he is kind of blended in rather than really showcased -- so I guess what I'm trying to say is while the album is quite listenable the subject seems so promising that when I hear a not exceptional Kitaro album as the result, I'm more dissapointed than if it were non-thematic based music, which it could have been if I didn't see the booklet.

I've seen a CD5 single in Japan. It has track names from the album, presumably the same versions as on the album but I've not confirmed it.

Different from Ancient. The music is from the same documentary TV series project as far as I can tell. Grammy Award nominated.

also released on SACD and DVD .

The World of Kitaro was recently 20 Bit Remastered by Domo.

PORTPIER MATSUSHITA KA
HH: It is the name of theme park in KOBE-- Portpier Exhibition. Matsushita is Panasonic--- a Japanese electronics maker. Kitaro composed the theme music. It translates as SPRING of YOUTH

Here are some items I have no information about. HH gives some guesses.

AURA NO SAITEN (Probably it is for some exhibition. SAITEN = Festival)

ENDLESS JOURNEY (Probably it is from SEIHO in 1985)

There really are like 10 best of albums *currently* available in Japan alone! Many are even 2 disc sets. I understand Kitaro has in the past had no control on how many "Best Of" albums are compiled. Domo has released a remastered Best of Kitaro Vol. 1 in the US while their Volume 2 has a substantial bonus disc.

This is an album of remixes by the newly formed Domo related label Kanpai. What's happening here is Kitaro's melodies are often quite sucessful backed by generally uptempo sounds. Kitaro's material has unquestionably a lot more of a solid melody than a lot of riff based dance tracks and still works well in place of repeated hooks. You can catch excerpts of any of the tracks with the link below 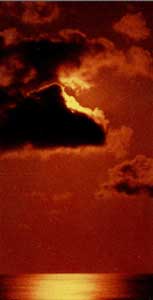