In 1999, P-Vine Records in cooperation with 7 labels (Alfa is part of Toshiba/EMI now) released a series of 8 compilation CDs focusing on more or less now forgotten mainstream pop songs from mostly 1980-85 that were done in a Technopop style. While some of the big names are represented with poppy tracks (like YMO, Hosono, Sakamoto, Logic System), this series foucuses on the cute and quirky aspects on the whole semi-mainstream subgenre and features a lot of production for other artists by YMO members and the Moonriders family.

All the releases are co-ventures with the labels in question. They come with good booklets (all in Japanese) with teasing info on the tracks, major credits, lyrics, color album cover illustrations, funny tricked up shots for synth spotters (the real records didn't use as cool and obscure gear as pictured!)

I list the volume number and the label name before the actual disc title- each volume of this series is grouped by the label these tracks came out on. Its interesting to hear if there is a "label sound" or personality to any of these collections... but probably the stretch of years these tracks came out in (around 1979 to 1987) kind of hides any similarities.

Looking around in 2004 it seems all of these releases are out of print though you occasionally find them. kyokayoku

Sony who sat this series out released a follow up on this concept in 2005 with two boxed sets called "Yellow Magic Kyokayoku" (3CDs) and "Techno Magic Kyokayoku" (2CDs) of Techno Ca-yo tunes by YMO member and non-YMO producers. more info

TENT, Takahashi's Pony Canyon label is printed small on the back with the other Pony Canyon labels. AFIK nothing hands-on from Takahashi is on this album (and seemingly this series in general, the YMO track and a Narumi Yasuda track excepted)

While many are rare tracks, the completeness of the YEN Box series makes most of these tracks (in green) duplicates.

no track dates in this booklet!

I guess these are part of the Electric Music in Japan series though Starbow I is definitely in the Techno-cayo category.

I don't have the composers name but it is someone I'm not familiar with. This is an obscure TV drama soundtrack with fairly substantial synth use though its contains pretty much a bit of everything (koto, shakuhachi, real strings etc.). Bonus- the theme is played on a sitar. Winds up in very EZ listening territory too. Tacky fun though there are quite a few cool moments.

An outlandish looking idol trio wearing matching space super-heroine outfits. Hosono writes the music for 5 of the tracks. I'm not sure if he produced. Their voices are kind of loud and unintentionally annoying. Good for a chuckle though.

Has a wonderful illustrated booklet. Kind of abstract electronic soundscapes. Original LP release date is unknown to me. These might be the same characters in illustrated form that appear in the "Yokai Monsters" films.

THE FANTASIA
The Invitation to the Stars

This is a CD of vintage easy listening classics having song titles to do with Stars and the Moon all played on synthesizers. "Starlight" (Hoagy Charmichael), "Fly Me to the Moon", etc.. It has some nice Tomita style effects though by 1978 Tomita was in matchless form and this album doesn't quite sound anywhere near as advanced synthesis-wise as even Tomita's 1974 efforts. The sound is a bit muffled too, not quite hi-fi. It doesn't sparkle at all. Still its quite charming and quite reccomended if into '70s Moog Pop cover albums.

A jazz fusion album for saxaphonist Keizo Inoue produced by Watanabe. The reasoning behind this re-issue is surely because Ryuichi Sakamoto backs on synths. I guess if you like his Kylyn work you might like this.

This is more a spoken monologue album. There are a couple synth interludes but only a few minutes total worth of music. Obviously knowing this, its not much of a listen unless you understand Japanese.

Kyohei Tsutsumi and His 585Band

This is a mostly instrumental disco album with some female chorus vocals sung in english though mostly "dooos" and "ahhhhs", a real disco string section, guitar, drums and some lead lines played on synths. Some koto and Japanese touches from time to time. Its about half original pieces and half covers and isn't meant to be funny though in hindsight it is fairly campy, though not any kind of bizzare kitsch fest like some of the actual Moog cover albums are. Some questionable lyrics include the chorus "Baby please don't hit me... Your Hit Machine" and on another song the taunting repeated lyrics "Ain't nobody straight in L.A." Watch out :-) this album is marked in bold print as being part of the "Pro-Use" series and should be kept out of the hands of amateurs.

This is not a Hideki Matsutake album, but it is the first synth album he worked on as an assistant and probably one of the first Japanese pop related synth albums. Its rather tacky, down to the cover with exposed butt cheeks. Its all rock instrumentals with regular rock instruments, guitar, bass and drums with a Moog playing the leads. Its definitely good for a laugh. Piles of these kind of albums came out of the U.S. and Europe during the late 60s and early 70s. I can't tell if the pieces are covers of Japanese pop songs or are originals for this album, I'd guess the former.

This is an instrumental album of 2 side long pieces presumably depicting old Japan (Tokyo was once called Edo). The album is an intersting interplay between Moog and traditional Japanese instruments. A little like 70s Tangerine Dream in style but not that close and not sequencer heavy.

A contemporary YMO parody release that got grouped with the above releases. more info here

This version contains the 4 song EP Do Do Do

a favorite of Buggle (of the Techno Pop Academy site), thanks! New Wave songs.

theres a 3rd compilation I have no info on that was released on another label consisting of some non-album singles I think, remixes also? Anyway the 2 regular albums are in this series

Hosono was in on this. I believe they are writing and playing themselves so its less Hosono-like than say a singer he wrote tracks for himself. Still, its a lot of upbeat fun.

This album was produced by Takahashi. Some of her songs were written by Hosono, but he's not playing on them as far as I can tell. This also includes her famous Nausicaa song which it seems was a single, but its included as a bonus track . A good solid young singer album from the early 80s

This band album originally released on the Non-Standard label shares a lot with the then just shut down YEN label in terms of style. Takahashi produced and its fine, somewhat hard edged technopop. FYI It's neither dance nor urban music at least in the U.S. sense of those terms.

This is a fairly well known (but not listened to by me) album by a guy singer with substantial Sakamoto involvement. Akiko Yano also contributes. 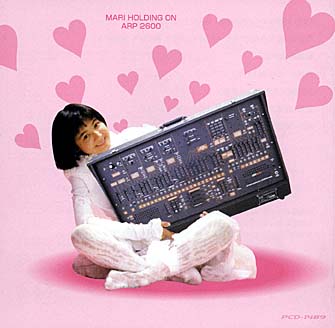