Yum Yum Radio has some material

Phonobaloon -a fan site about her, thanks for some info! 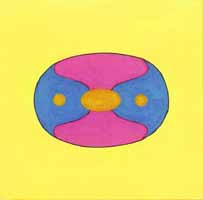 Hope I didn't get that cover upside down! A real technopopis, one could say its fabie :-). 5 tracks. Has a more rocking version of Klaxon again with Buffalo Daughter. The rest is sort of first rate bleep and ping genre. Backing tracks are by Ahh! Folly Jet, who was with the band Asteroid Desert Songs) and M&M (not the Canadian band M+M ;-),who I'm not familiar with. The most beat/dance oriented of her albums. This one has all the lyrics printed and was not U.S. released besides the Buffalo Daughter new version of Klaxon re-appearing on Re-Cubed and Fabie (1,2,3 Beat It) as the b-side on a rarely seen vinyl single. 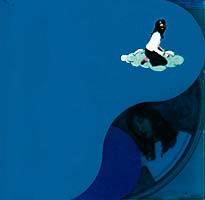 This one has different collaborators on many tracks. This album is loads of fun. Sort of like Krautrock sounds with pretty vocals. She does a takeoff on Kraftwerk's Autobahnand before period on a track and does a clever piece Stereolab style. The album ends with a cover of the Telestar played by herself and Buffalo Daughter, in the style of Martin Denny. Sugar from Buffalo Daughter collaborates on another. There seems to be a running theme about color theory on this album, but I can't follow all the lyrics.

Some refrences-
Milk Rock was the name of the first song on The Organisation's Tone Float (1970). The Organisation later expanded and renamed themselves Kraftwerk. T.M.'s song is original, not a cover. Calculators are a Kraftwerk refrence because of their early 80s hit "Pocket Calculator".

Telestar was a early 60s hit by UK producer/composer Joe Meek and the band theTornados. This instrumental inspired by the communications satelite was perhaps the earliest hit with a true electronic instrument as the lead sound (thought to be a Clavioline in the original, Meek was secretive).

The pretend calculator/musical instrument seen played by TM in a lab suit seems to be cooked up for the photo. Even so, it does seem inspired by the Stylophone, a circa 1970 electronic instrument aimed partly at kids which was a bit of a fad in the UK. Australian celebrity Rolf Harris was heavily associated with the advertisement and promotion of the Stylophone. Rolf Harris was also a UK celebrity because of his late 60s hugely popular novelty hit "Tie Me Kangaroo Down, Sport". Isn't it a coincidence?

Early japanese copies of this album had acetate artwork (see above). That and the current regular cover was designed by Phonic (mooog of Buffalo Daughter and wife Mariko). The current CDs seem to have regular packaging with a US variation. The above scan is of the deluxe Japanese package. I rotated the disc in the above scan to reveal the Takako picture disc. I think the CD picture is hidden in the shops.The US version has the same tracks but the booklet has lyrics to 2+ songs (pity not all the songs, but better than nothing)

the relationship between 47 and 2 ... it's nonsense

the 2 Japanese bonus tracks tie in with her 98 tour where she was backed live by a member of each act. The Japanese cover similar but in blue. Takako in person sometimes sports a tote bag with this album cover pictured on it which is the right size for record toting. 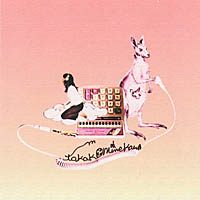 
All sorts of very different styles. Milk Rock which was very good and the only really clubby track before remix gets even more club beats from Cornelius and is still very good. Where Recubed's artists were apparently suggested by Emperor Norton with TM's approval, this remix CD's artist rouster originated with TM and Polystar. Phonic do very creative packaging again for the Japanese release. At the CD shop there would be a cloud shaped sticker on the plastic wrap with the album name (not seen above). The (Japanese) cover scanned above has been autographed, it doesn't come that way ;-)

The USA version includes 2 extra remix tracks by her 98 US Tour bandmates. The cover art is in the US just says XIMER real big in banana color letters on a light blue cover in the Volkswagen font.  Not too exciting, I wonder if its minimalism or just a quickie.

Evan Hayden spotted that the US version says it contains a new Black Forest remix when it contains a previous Japan only mix from Recubed. I don't know if this was ever fixed but the labels know there was a mixup.

here is a Black Forest real audio file from the Official Site.

I saw this in Japan but didn't want to carry home an american import. Tough to locate and not to be confused with Ximer. The full set of bonus remixes by the tour band members on vinyl only. in an unprinted sleeve, I guess with the mixup and the Japan and U.S. only tracks, most everyone is at least missing one of these remixes... then again I think most fansmissed this whole 12"

limited. no other details. Never seen it maybe it never came out

This is a 6 song mini album. The first 4 tracks are co-written and produced with a New York band called Dymaxion (refrence to the brilliant and or eccentric inventor-theorist R. Buckminster Fuller). The 5th trackis just TM and 6th with husband Keigo Oyamada playing a lot of instruments on the final track.

The U.S. version has a new 7th track "Sleeping Bag" which is her solo in similar style.

2 instrumental cover tracks of material in this tribute album of covers of US film director and Hal Hartley (and his incognito composer persona Ned Rifle). TM does the end credits and Cue #32 from the film Simple Men with blippy electronic sounds and 70s rhythm box. She collaborates with Kuknacke who I'm unfamiliar with.

Includes some Chat Chat tracks and L<->R tracks including one she gets credit on. (Nothing exclusive of her's AFAIK)
A limited early edition of vol. 2 has a video tape which includes a B&W 60s style L<->R video and TM's Xmas single video.

Apparently their only appearance on CD is one song on this compilation-Love is yé-yé (looking for my idol). The 2 singers in this band were a then unknown Kahimi Karie and someone who didn't keep her faux french stage name, Mamene Kirerie. The rest of the band consists of a moonlighting Flipper's Guitar (Keigo Oyamada and Kenji Ozawa) who also appear on this rather rare but findable compilation. Apparently they were a sort of hobby band and I suspect they got on the compilation for being friends of Flipper's Guitar. About half the acts are from the beginnings of the Shibuya-kei scene (including Bridge) and then the remainder are eclectic mostly European acts like Momus and Louis Philippe. 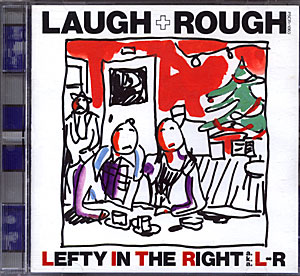 this is a non-album track from Fantasma. I found it on a British released Cornelius single Free Fall.

Takako (uncredited on at least this UK single) repeats letters of the alphabet, all acronyms (FBI, CIA, etc. with a probably problematic for American release final two). Its just like a recording made to learn touch typing but adds a groove spins alongside-- odd, and perplexing but worth a listen. I heard mention of the Afghan Wigs doing something along these lines, I don't know how they connect if at all - cover? coincidence? influence? 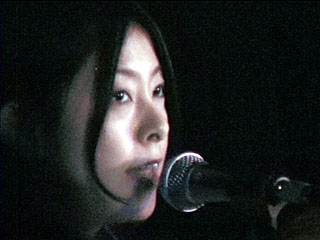 Copyright Notice! Compilation, design, and layout of this web page is copyright 2000 by Nicholas D. Kent. All rights are reserved by its individual trademark/copyright holders. This web page is a product of fan appreciation and is not intended to infringe upon properties held by its rightful owners. Any part of this web site may be duplicated and distributed to other networks and BBSs UNMODIFIED, with all ownership and copyright information intact. No portion of this web page (including but not limited to documents, images, and sound clips) may be sold in any way and is expressly forbidden. (Thanks to Kyong Il Lee for writing these lines.) 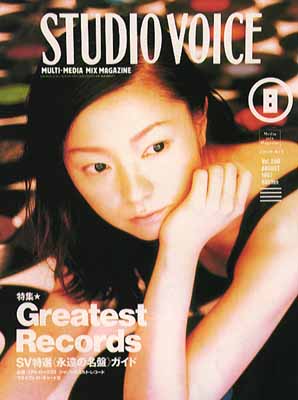