contains the title track + instrumental version and a non-album Denki Groove cover track, called something like B.A.S.S. In the Alphabet 16 year old Tomoe doesn't quite have her full look and style together yet but is almost there.

also with an instrumental version and second song, wasurechau mon, on which Tomoe helps write the lyrics. I think these songs are slightly different mixes than the album especially the second song

signature song, with an instrumental version and a fun and very hyper cover verion of the theme to Kure Kure Takora, the early 1970s costumed character series with the big red octopus. I like the artwork. I think the debut album's look and sound are together now.

Debut album by the 17 year old techno teen. I listened to it in a shop expecting something dumb and was actually very impressed by the track production, singing and whole concept. So I went and bought it and still enjoy it a lot. Turns out the album was overall produced by Takkyu Ishino (Denki Groove) and has tracks contributed by Sunahara, CMJK and Hoodrum. You can't get much more hyper and fun.

This song became the end theme of the 2nd season of to the popular anime Kodomo no Omocha and also appeared on the soundtrack album. I also understand that in the U.S., if not all overseas adaptations the song was used on all the episodes. The last song with Ishino producing.

Self produced, non-album single, the band is billed as Shinoland Punk

this single was tied into a cosmetics TV commercial with her appearing wearing a bunny ears with angel wings outfit. (well actually there's a video of her doing a punky song that way but here she's cute and gentle.) Only one track, with a calm pretty sound.

both non album duet with a guy singer. It's kind of folk-y

Second album with her eskimo-style outfit. She is the overall producer.

Another Side of Blue - suGar from Buffalo Daughter mentions a double 12"-only remix they did. There are also remixes by other artists. Very very hard to locate, I found out it existed not long after release and it took me several years before I found one for sale and it's simply amazing. The standout is microblue done in a Giorgio Moroder style. I can only speculate that her impending departure from Ki/oon made this a very limited release. Pity.

A new Warner based label. Tracks with Sean and Yuka of Cibo Matto, Buffalo Daughter, and Shonen Knife. It has sort of a 20th birthday theme. This is kind of borderline in length that its sometimes called a minialbum, if so its a rather lengthy mini-album

Some nice stuff but no real techno and runs the the range into being maybe too cute and good but not always as polished singing as one could hope for. I guess it's a little more rock than pop and more of her doing songs with bands and artists than as polished studio arrangements. The almost-Cibo Matto song (just Yuka and Sean) is fun but kind of disconcerning because you expect Miho to sing and hear Tomoe instead

Inside the booklet is a smaller booklet. I don't know how symbolic its supposed to be but there is a photo of her wearing a sailor suit and drinking at an NYC bar. What bugs me is at 20 years old she is too old to wear a sailor suit but too young to be drinking legally in Manhattan - but that may very well be the humor of it? Well I guess maybe she's not actually drinking alcohol but still she shouldn't even be at the bar (in a sailor suit).

Some early copies came with a blank recordable miniDISC as a gift. When I first saw one I was excited and bought it again because I thought there was a special recording on it. But it's a blank. For a while I had a dream that maybe she'd put a mixtape on it after my looking sad that it was blank and asking really nicely, but I never tried and that hope dimmed as the format became obsolete since

debut new Warner label single, with 2 other tracks + instrumental in a candy box style package containing a gift, a very bright green plastic change? purse, could be for candy storage?

3 song CD5. Initially I found this one a bit too J-Pop for me, but still its's good J-Pop with a lot going on. Non-album. See the top of this page for a pic.

new material and she does her own remix

ZuTTO - is an ongoing duet with singer Eiko Matsumoto.

They released a 2 song CD5 Ashita ni tsuzuku sora and a second single on iTunes Japan (but it's hard to buy if you don't live in Japan). The single was mentioned in a lot of Japanese music publications because they reduced the price compared to other singles and sold all the copies out right away. I had no problem finding new copies later in 2004 but more recently it's hard to find a new copy. They are the official band for the Marusan Soup company so they appear in commercials and do special concerts.

There was a followup single a couple years later on iTunes Japan only.

Mon-Studio is a kids TV show Tomoe is a cast member of. There are DVDs and CDs from the show. Some of the CDs highlight other characters so Tomoe only sings on the theme which is available on other albums. There are many songs she sings but I don't think she helps write them. One album I've heard that has her singing a bunch of songs is - Isshoni Utaou Saishin Best Aozora no Rakugaki (PCCG-680). Important observation: Tomoe seems to be the only cast member on the show who does not have a tail (^_^)

Myspace (Official and in English)

All of a sudden was touched by an Angel… 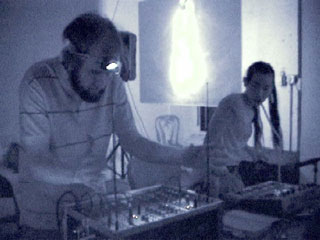 Copyright Notice! Compilation, design, and layout of this web page is copyright 2011 Nicholas D. Kent. All rights are reserved by its individual trademark/copyright holders. This web page is a product of fan appreciation and is not intended to infringe upon properties held by its rightful owners. Any part of this web site may be duplicated and distributed to other networks and BBSs UNMODIFIED, with all ownership and copyright information intact. No portion of this web page (including but not limited to documents, images, and sound clips) may be sold in any way and is expressly forbidden. (Thanks to Kyong Il Lee for writing these lines.)