(*) means I don't own this album and haven't listened to it.

(*)The Japanese release of Stereo Type A has some additional material. I think its Everybody Loves the Sunshine

a 1998 cover song Fushigi no Merumo is on Atom Kids tribute CD. Its an early '70s anime TV show theme called "Amazing Melmo" that never was played outside Japan. The show's creator is the late Osamu Tezuka who is getting a musical tribute on this CD. Very funky. Sean shows up solo too for his own track (the Astroboy theme in english). Yuka also remixes on Atom Kids Remix (*) a separate mini album at a full price and the Cibo Matto track gets remixed on it by someone else on it too..

Yuka and Sean produce a song for Tomoe Shinohara on her '99 album Dream & Machine (I think its called Last Teen the rap on it goes "Hurry up, times up, gotto make your mind up" (Warner/Dream Machine HDCA-10002) the whole album ties in with her 20th birthday which is the big "you're an adult now" celebration in Japan.

a new song stereotype c was done with Buffalo Daughter for the japanese release of bd's 2001 album i (not on the U.S. release) 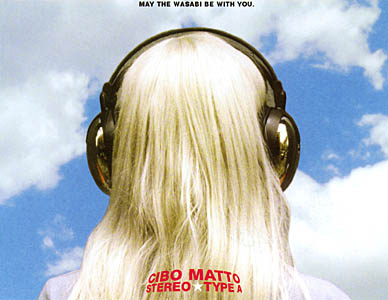 Copyright Notice! Compilation, design, and layout of this web page is copyright 2001 Nicholas D. Kent. All rights are reserved by its individual trademark/copyright holders. This web page is a product of fan appreciation and is not intended to infringe upon properties held by its rightful owners. Any part of this web site may be duplicated and distributed to other networks and BBSs UNMODIFIED, with all ownership and copyright information intact. No portion of this web page (including but not limited to documents, images, and sound clips) may be sold in any way and is expressly forbidden. (Thanks to Kyong Il Lee for writing these lines.)